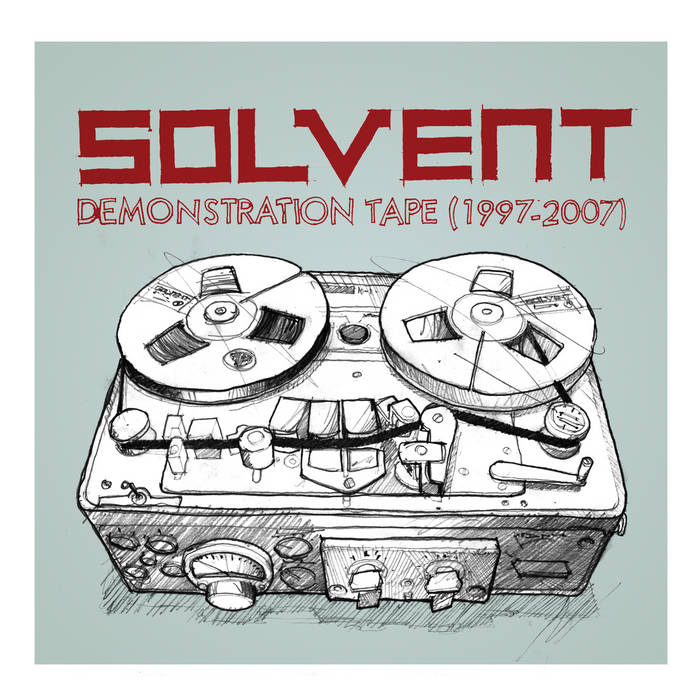 Demonstration Tape (1997-2007) is a 2-disc retrospective compilation, commemorating Solvent's 10-year career in electronic music. Late-2007 saw Solvent touring all over the world, including stints opening for VNV Nation (certainly the biggest name in today's EBM/Gothic scene), and with Freezepop (heroes to synthpop kids and Guitar Hero enthusiasts worldwide). "Demonstration Tape" was originally conceived and compiled by Solvent, in order to sell at the shows, and to serve as an introduction to the Solvent catalog for these newest listeners.

In January 2008, Ghostly International will release "Demonstration Tape" to the public at large, both as a limited edition double-cd (700 copies only), and in digital format. The 27-track collection documents all the 'hits' of the past decade, as well as some of Solvent's own personal favorites, many of which have been long out of print. Also featured are 3 previously unreleased songs, including Solvent's latest vocoder pop track and recent live-set favorite, "In Light".

So what does 10 years of Solvent sound like? Well, Solvent has created his own unique version of electro-pop: too elegant and sincere for the electroclash set, too complex and contemporary to sound like it was recorded in 1981, and too seeped in the time-honored traditions of melody, songwriting and hands-on synthesis to be lost in the overcrowded world of laptop-techno.

During his career, Solvent has been embraced by a diverse demographic of music listeners and "Demonstration Tape" makes it clear that Solvent's music transcends simple genres. There's slow, romantic electronica ballads ("Duckie," "A Panel of Experts," "An Introduction to Ghosts"), driving, dark electro bangers ("Think Like Us," "Creepy Crawler," "Built-In Microphone"), and pretty much every mood, tempo and emotion in between. Consistently, you'll hear strong, memorable hooks, engaging melodies, and a purist's palette of warm, organic analog synthesizer tones.

Also included are several examples Solvent's exemplary vocoder-synthpop sound, featuring hits like "For You," "'Wish," and (of course) Solvent's signature song, "My Radio," still a dance-floor staple everywhere from techno clubs in Ibiza to goth clubs in Berlin.

Bandcamp Daily  your guide to the world of Bandcamp

Cannibal Corpse's George "Corpsegrinder" Fisher stops by for an interview